Play can take many forms, but the most misrepresented form of play is one that involves ‘rough and tumble’ activities. Rough and tumble play involves an interaction between two or more individuals that can include behaviours such as wrestling, play fighting with and without objects such as sticks, carrying others, chasing, tackling, tripping and many other behaviours that may seem aggressive. The nature of this play can make people feel uneasy as these are typically behaviours that we encourage children to refrain from participating in. However, rough and tumble play has many benefits to child development and we can try to create an environment and culture that supports it.

Rough and tumble involves both physical and cognitive engagement from the children. The physical part is obvious, with the potential for body to body contact, pulling on limbs or being underneath a pile of other people. The sensory and proprioceptive stimulus that comes from these elements allows children to understand the limits of their body within a playful context. Less obvious are the cognitive development aspects that are occurring. Rough and tumble play helps to develop self-regulation and control, problem solving skills, resilience, processing stress and fear, language skills and consent to name a few. These are all critical elements of development, and children who show these cognitive abilities are more likely to attempt a task again if the opportunity presents itself shortly after the same task was completed unsuccessfully.

It is important to understand that in rough and tumble play, the children are speaking to one another, laughing, smiling, contact is relatively gentle and everyone is happy to continue. This is a key difference between real aggression, where there is no laughing, faces will be angry and stiff, there is no shift in power dynamics and contact will be harsh and hard. Additionally, after a real fight, children will not continue to play with each other after the episode has finished. Some people worry that allowing rough and tumble play will inevitably escalate into real fighting. However, rough and tumble play leads to real fighting less than 1% of the time (Scott & Panksepp, 2003).

In order to support rough and tumble play in your setting, there are a number of elements that you can put into place. Initially, it is important to ensure that the space where the play may occur is free of hazards and other people that are not engaged in the play. This will ensure that all children remain safe while engaging in the play. Secondly, when the play is starting to occur, ensure that consent has been acquired from all parties. This can be a quick question to the children such as ‘if you agree to wrestle you understand that someone may get hurt.’ If all the children agree, they can play, but if anyone does not want to take that risk then they can move away. Finally, understand that rough and tumble play is a process, where we can build a culture through scaffolding experiences that the children engage in. For example, you can begin this form of play by introducing big body play, where two people are wearing a large shirt or have their legs tied together and have to move around the space. You can progress this to other forms of risky play that involve impact, such as jumping from heights or playing with heavy objects. Finally, you can introduce child-led, appropriate rough and tumble play. 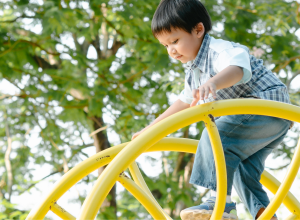 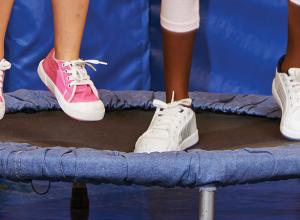 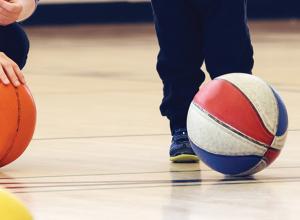